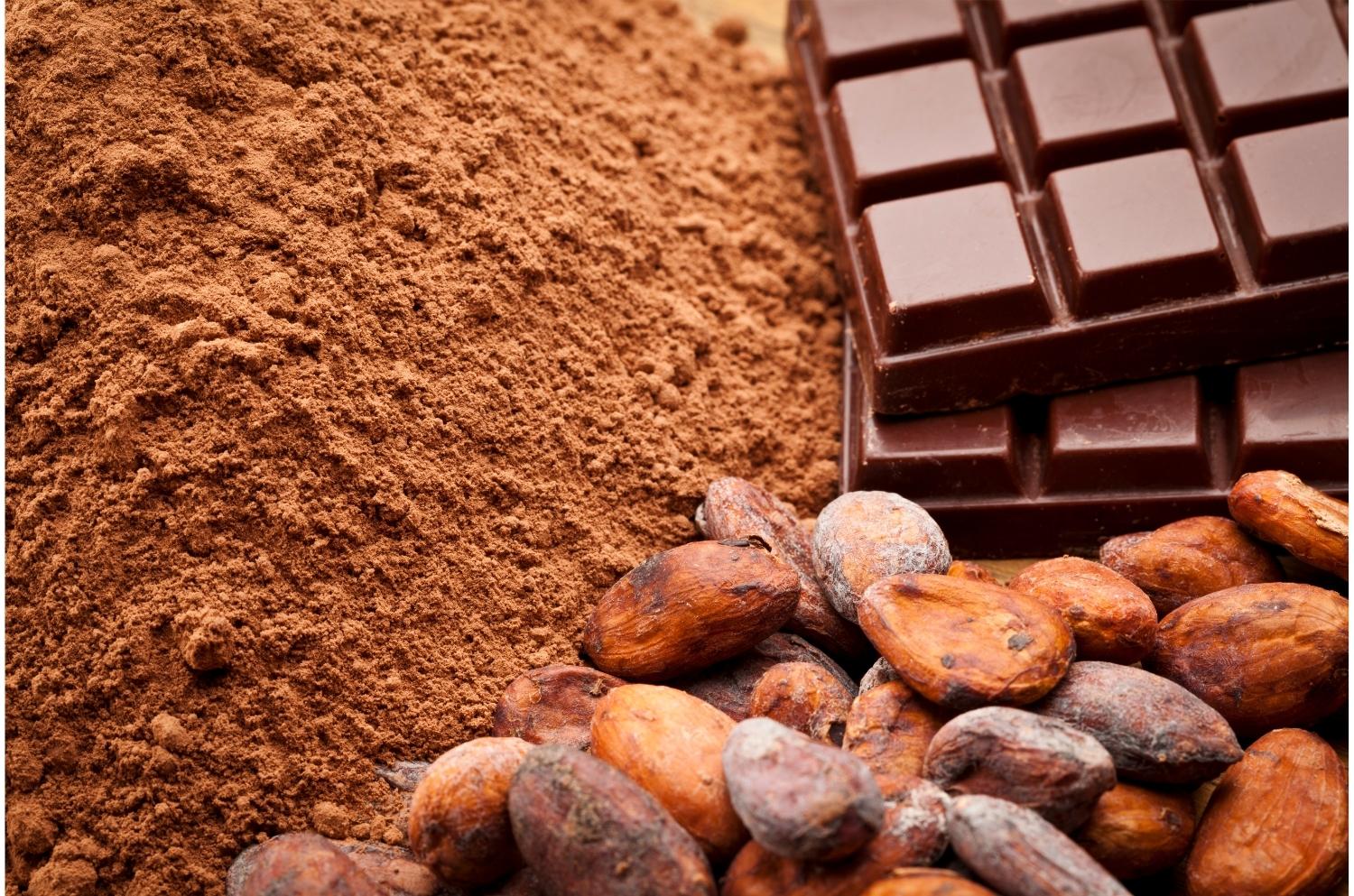 Cocoa was revered centuries ago by the Aztecs and Mayans as the ‘food of the gods’ and is now being worshipped by modern science.

Over 4 million tons of cocoa are produced each year, mainly in Africa.

What is it for? Chocolate!

Chocolate is one of the foods with the greatest appeal to the general population. “The luscious aroma, taste and textures of chocolate have delighted the senses of people in many parts of the world for centuries”.

GREAT NEWS! Two recent independent studies (Harvard & Cambridge), published in the British Medical Journal, have found that cocoa is a ‘super-food’ when it comes to improving, among other things: Blood pressure, Blood vessel health, Insulin sensitivity, HDL Cholesterol, prevention of cardiovascular disease. “Cocoa flavonoids are the main beneficial compound. Dark has more flavonoids than milk and pure cocoa the most.”

How do we get it?

Cocoa powder, liquor (mass) and Cocoa Butter are produced from cocoa beans that have been fermented, dried, roasted and separated from their skins.

Carst & Walker supplies many products into our key market sectors. Contact us for product guidance and assistance.